Cropland to Pasture: Banking Organic Matter in the Soil 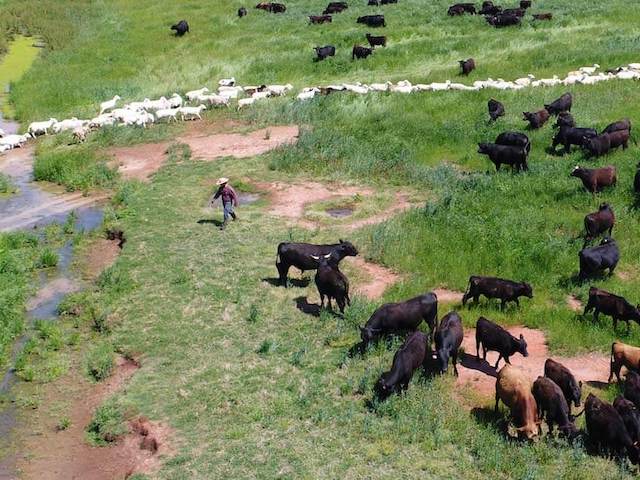 One of the themes the Kerr Center emphasizes is the importance of building and maintaining organic matter in soils, for the whole host of ecological benefits that it brings.  A new study has documented yet again how transitioning old fields to rotationally grazed pastures can boost soil organic matter – with a surprising twist.

It’s been a quarter-century since White Oak Pastures, in Bluffton, Georgia, first converted old crop fields to pastures grazed by a mixture of species. They’ve kept at it the whole time since, so that the farm now consists of an assortment of pastures ranging from those original, now 25 year-old pastures, on down to those first grazed less than a year ago.

The surprising twist? A life cycle analysis, conducted by a commercial environmental research firm, found that the farm’s grazing practices are storing more carbon as soil organic matter than the entire production chain, from calving through slaughter, is emitting.

In recent years, cattle have drawn environmentalists’ ire for their greenhouse gas emissions. If this study’s results hold up, though, it would show that in many cases grazing can help more than it hurts. A team of university researchers has reviewed the results and plans to publish them in a peer-reviewed academic journal.

Converting cropland to pasture to build soil organic matter is an important step that many farming operations can take to help graze the way to a sustainable future.