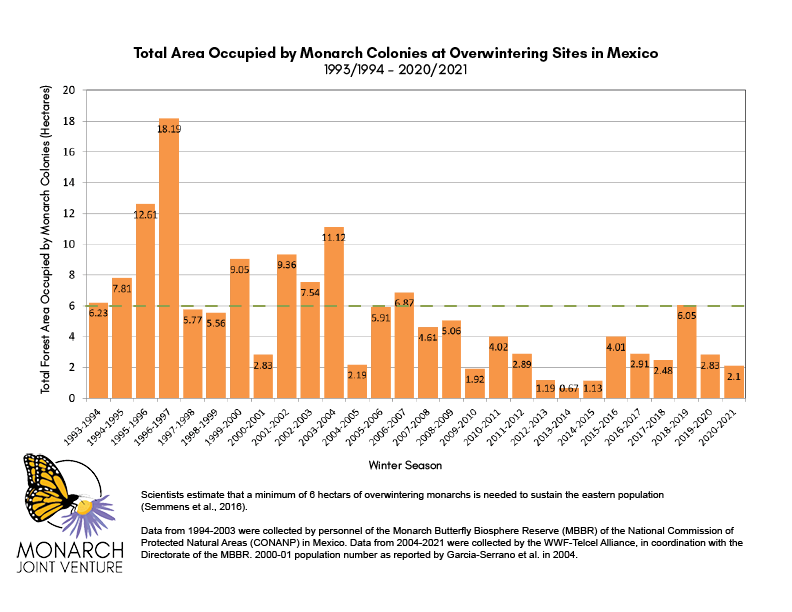 I have been a part of and witnessed the growth of this expansive network of organizations working across North America to protect monarch butterflies for nearly 15 years, and it has been amazing. But, where we go from here, together in partnership, is what matters most for saving the monarch migration.

We are in this together, and we need each other – no agency, NGO, or sector can do this on their own. It is not just about everyone doing their part and “all hands on deck.”  If we lose hope now, the loss of monarchs becomes inevitable.

Instead, I urge us to find hope in the movement for pollinators, and to use this news of declining populations as the spur to join or increase our collective actions. We must find new ways to work together, to leverage and support each other, and to cultivate a network of people and partners for a better tomorrow – for the butterflies and for ourselves.

Two insecticides approved for farm use in the U.S., one previously restricted, have been found to harm bees and other beneficial insects.