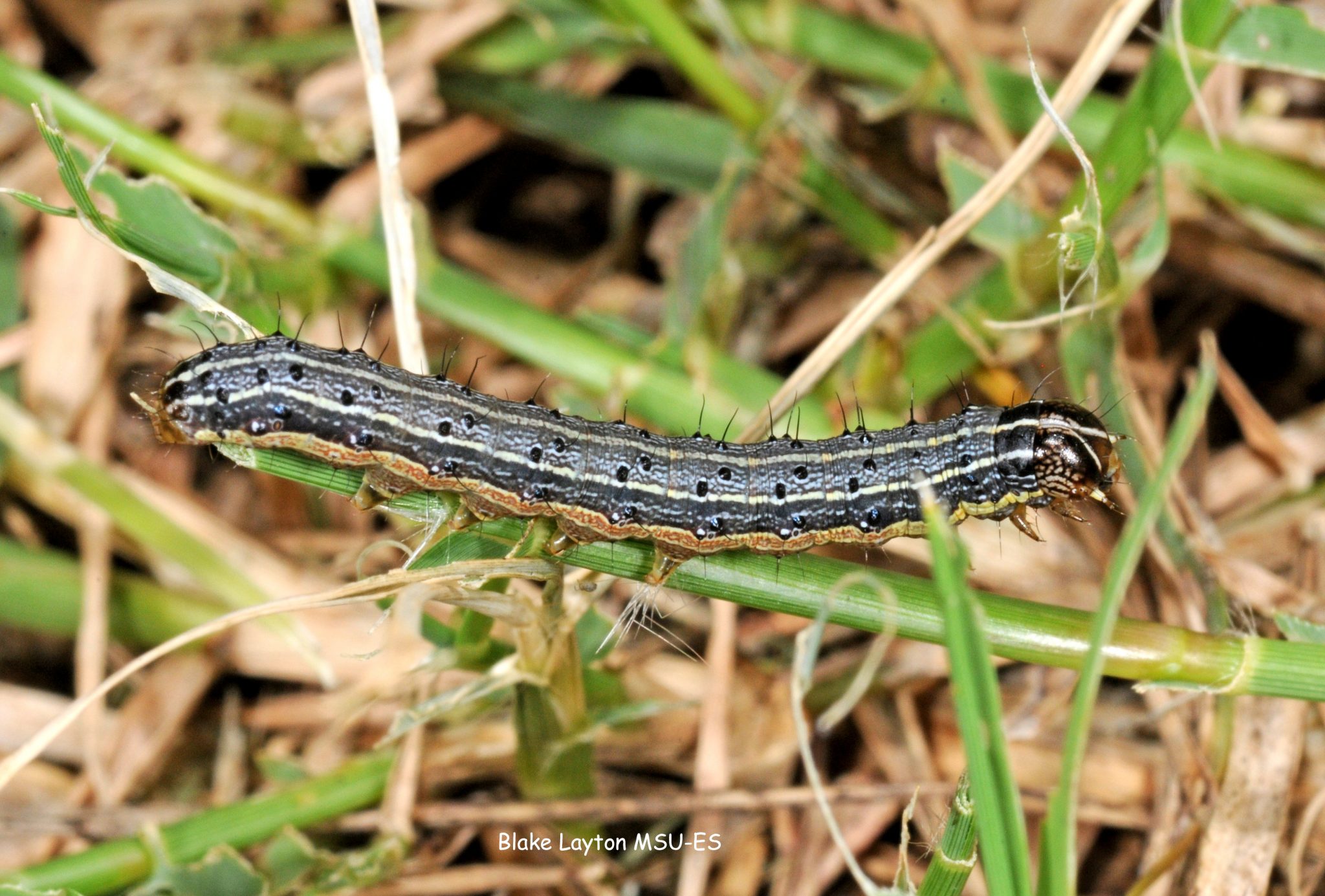 Armyworms are on the march, as many farmers and ranchers have learned to their dismay over the past several weeks, finding fields of healthy crops or tall stands of forage eaten to the ground literally almost overnight.

The rapid onset of the devastation owes to the fall armyworm’s (Spodoptera frugiperda) growth pattern. In the final 2-3 days of its growth, an armyworm larva eats 80% more vegetation than in its entire previous development. Also, of course, they march – hence their name – moving across the landscape in search of more food.

The unusually widespread nature of the destruction this year stems from a combination of weather conditions that favor armyworms’ reproduction, with both a milder winter and a wetter summer.

While the armyworm may seem unstoppable, there are steps that can be taken to prevent its spread, and limit the damage where it overcomes those. First, early detection is key. Regular monitoring can reveal the presence of the pest before their numbers or developmental stage reach the threshold of economic damage.

Should that threshold be reached, a variety of conventional insecticides are available to combat armyworm infestations. However, as the next article highlights, those chemicals often have devastating spillover effects on non-target organisms. Some organic pesticides are also effective against armyworms, though these, too, must be applied with caution.

While it’s already too late, for many producers, to prevent or combat this year’s fall armyworm invasion, there are also longer-term strategies to reduce the likelihood and severity of the next outbreak. Most stem from increasing diversity, whether at the level of the individual field or pasture, or of the larger landscape.

There are a number of beneficial insect species that can help to keep armyworm populations in check. Crop rotations and cover crops can help to maintain larger populations of these species, as well as presenting the pest with a smaller and less regularly available food source. Similarly, in pasture settings, some observational evidence suggests that armyworms may avoid native grasses – which are often managed as more diverse mixes than single-species stands of fescue or bermudagrass.

Even if circumstances prohibit adopting any of these strategies for preventing armyworms, management decisions for the surrounding landscape can also provide a degree of protection. These can include hedgerows, riparian buffer strips, and insect refugia (like the annual plant strips on the Cannon Horticulture Plots, or the beetle banks of eastern gamagrass a the ends of elderberry rows – anything, in short, that breaks up the extent of the monoculture of crops and forages that make up armyworms’ preferred foods, and increases the extent of, and shortens the distance to, the habitat of the benefical insects that prey on them.

“Beginning Pastured Poultry” is a free online course from the Food Animal Concerns Trust. Work at your own pace.