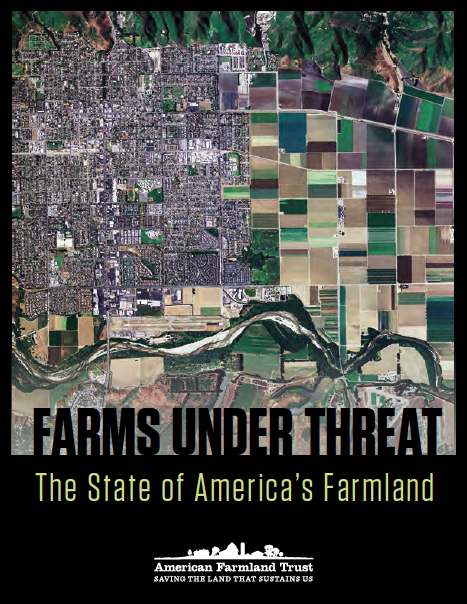 Earlier this summer, American Farmland Trust released the report, “Farms Under Threat: The State of America’s Farmland.” It contains hard evidence that America’s farmland is disappearing.

AFT’s analysis shows that nearly twice the area of farmland was lost than was previously known. According to the report, between 1992 and 2012, the United States lost nearly 31 million acres of farmland. That adds up to 175 acres an hour, or 3 acres per minute.

At that rate, an acre of farmland has been lost just in the time since you started reading this article.

The report goes on to document how:
– 11 million of those acres were among the best farmland in the nation—classified as the most productive, most versatile and most resilient land
– Development disproportionately occurred on agricultural lands, with 62 percent of all development occurring on farmland
– Expanding urban areas accounted for 59 percent of the loss. Low-density residential development, or the building of houses on one- to 20-acre parcels, accounted for 41 percent. 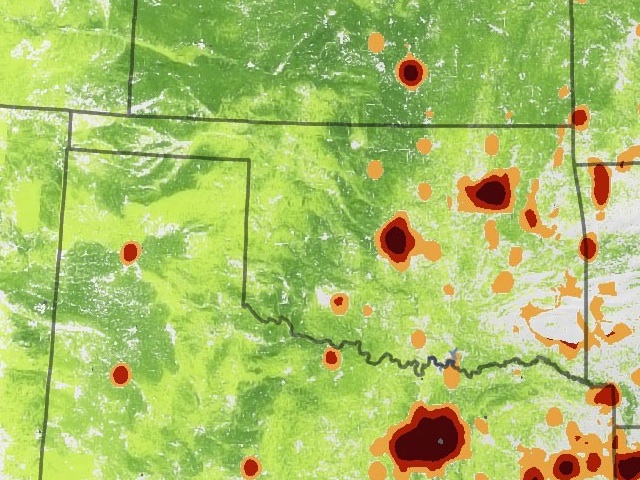 “In less than one generation, the United States irreversibly lost nearly 11 million acres of the best land for food and crop production,” the report states. “From 1992 to 2012, the United States converted 10.928 million acres of land where soils, climate, growing seasons, and access to water combine to allow intensive food and crop production with the fewest environmental impacts.”

“This is equivalent to losing 95 percent of California’s Central Valley or 47 percent of the state of Indiana.”

The report goes on to offer recommendations to help stem this tide of farmland loss. These recommendations include doubling the amount of federal funding for agricultural conservation easements. (In a conservation easement, an outside entity – often a land trust, such as the Nature Conservancy – buys the rights to development from the landowner, ensuring that the land continues in its present use.)

It also recommends maintaining and strengthening the programs and agencies, such as the National Resources Inventory, the National Agricultural Statistics Service (NASS, which conducts the Census of Agriculture), and the USDA Economic Research Service (ERS), that monitor farmland loss and land use change.

Whether for a living or as a hobby, there’s never been a better time to take up beekeeping! Learn more about the importance of honeybees.