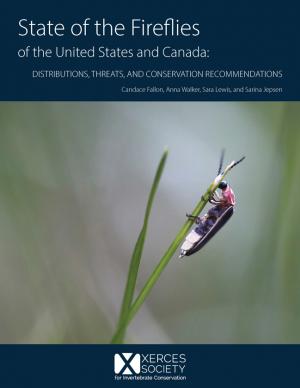 It’s early in the season yet for spotting fireflies, but that doesn’t mean many of us aren’t already counting down the days until the first sighting of the season. Many longtime firefly fans have been suspecting that firefly populations, like insect populations in general, are in decline, but – especially in North America – there’s been little hard data to confirm or refute that.

The Xerces Society, working with partner organizations, recently took a first step toward filling in that lack of data. The organization systematically evaluated the extinction risk of populations of 128 species of firefly in the U.S. and Canada.

The good news? Approximately a third of the species surveyed appear to be in good condition. However, 14% are considered as threatened with extinction.

Perhaps even more troublingly, though, for over half of the species evaluated, there simply isn’t enough data to make a determination.

More detail on these findings is available in a free report from the Xerces Society, State of the Fireflies of the United States and Canada: Distributions, Threats, and Conservation Recommendations. The report summarizes the threats affecting fireflies in the two countries, with maps of species richness, distributions, and threatened status.

It also includes profiles of all the firefly species categorized as threatened, and lists of conservation concerns broken down by state and province, as well as a full checklist of all species.

The report goes on to make research recommendations, and describes conservation actions for researchers, land managers, and the general public.

According to the report, the most common threat to the largest number of firefly species is light pollution. In one sense, this is positive news, since there are many simple, low- or no-cost actions that can be taken to reduce light pollution.

Turning out lights is only the first step, though. For those interested in helping to fill in the blanks on firefly species whose conservation status is still unknown, there are community science projects, like Firefly Watch, that are making a valuable contribution.

By getting informed and working together, we can all contribute to making sure that fireflies’ magical nighttime light displays continue for generations to come.

Two insecticides approved for farm use in the U.S., one previously restricted, have been found to harm bees and other beneficial insects.