Forest for the Trees? Scientists Advise End to Burning Wood for Electricity 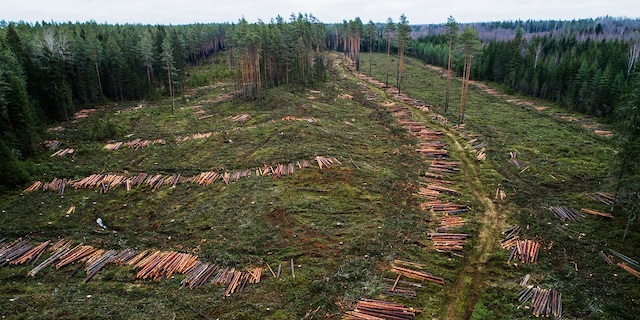 This time of year, for those fortunate enough to have a fireplace or woodstove, there’s nothing quite so comforting as backing up to a crackling fire for warmth. Using wood for heat is one of humanity’s oldest ways of keeping warm – and can still be one of the most sustainable.

However, a group of hundreds of scientists recently published a letter urging world leaders to move away from using wood for both heat and electricity.

Many of us might be surprised to learn that wood as an energy source isn’t a bygone relic of centuries past. In fact, though it makes up a relatively small portion of the world’s total energy use, more wood is being burned now than at any time in human history.

As the use of coal for generating electricity has declined, many former coal-fired power plants have switched to wood as a fuel – particularly in Europe. As a result, exports of wood pellets from the United States to Europe have risen dramatically, more than doubling from 2016 to 2021. That increased demand for wood pellets has eaten into the cover of some of the most biologically diverse forests in the U.S., in the southeastern region.

That adds up to a threat to forests, which in turn threatens many species with endangerment and extinction. It’s that fact that motivated scientists to sound the alarm.

There’s a strong parallel between the criticism the scientists are making of using wood for energy, and the environmental arguments against meat from livestock. There are ecologically sound ways of doing both; the problem is that most of the output is currently produced in other, harmful ways. Rotationally grazed cattle can preserve and even restore landscapes’ ecological function, but most beef produced in the U.S. and around the world still comes from giant feedlots. Similarly, wood pellets made from trimmings and waste wood can be a sustainable, carbon-neutral source of heat and energy. But, the scientists’ letter says, most wood energy today is made from clearcutting mature forests – sometimes even in nature preserves.

Many of the major wood pellet companies claim to use sustainable practices like selective harvesting, using only limbs, tops, and wastewood rather than whole trees, and replanting. However, recent scientific studies suggest otherwise, showing a clear reduction in the cover of mature, natural forests. In these cases, even if replanting is done, it may take the new plantings decades to sequester as much carbon as the harvesting, pelletization, and burning released. (Meanwhile, burning wood releases roughly twice as much carbon dioxide as coal to generate the same amount of electricity.) Moreover, in many cases, the replanted forest will be a monoculture of commercially valuable species, meaning that the lost biodiversity is never replenished.

The letter’s recommendations, therefore, are straightforward. Rather than encouraging and even subsidizing the use of wood pellets for generating electricity, it says, countries should develop policies that further foster the growth of more truly renewable sources like wind and solar.