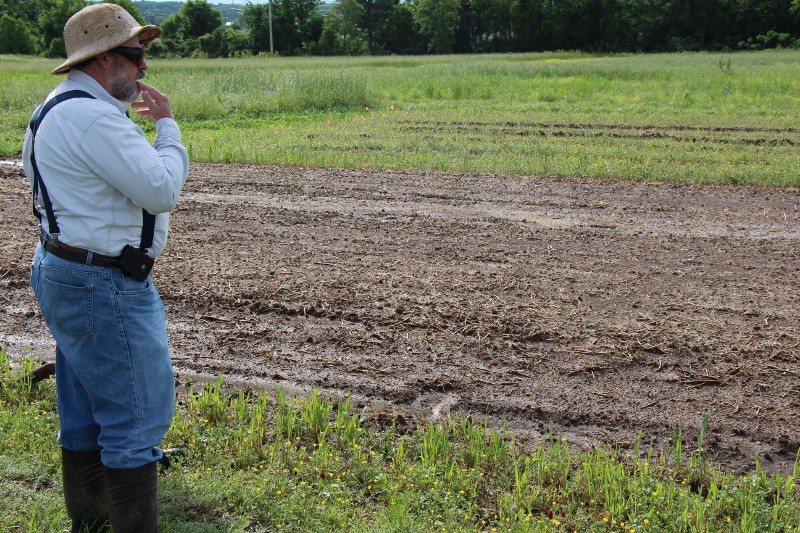 “Even in organic no-till,” muses George Kuepper, “you can still get caught.”

He’s surveying a small plot of ground that was tilled up for a demonstration for the May 9 plasticulture workshop. Heavy rains forced the workshop into the barn, and also gouged channels through the exposed soil.

“The soil hasn’t been lost from the field, but it’s still moving,” he says.

The rains also washed out two rows of vegetable transplants, but it’s early enough that those can be re-seeded.

What the rain hasn’t washed away, it’s delayed, by as much as a month or two: warm-season cover crops and summer vegetables would normally already be planted by mid-May. Cool-season cover crops in some plots have gone un-mown due to the wet soils.

As a result of the delays due to the wet weather, the evening horticulture tour scheduled for June 11 has been cancelled. There is a possibility it will be rescheduled later this summer.

via Southern SARE: A University of Arkansas study has found that using high tunnels in berry production can increase yields, extend the harvest season, and improve fruit quality compared to field production. However, care must be taken to manage pests. In the Southern Sustainable Agriculture Research & Education (SSARE)-funded project (LS12-250), “Extending the Market Season…