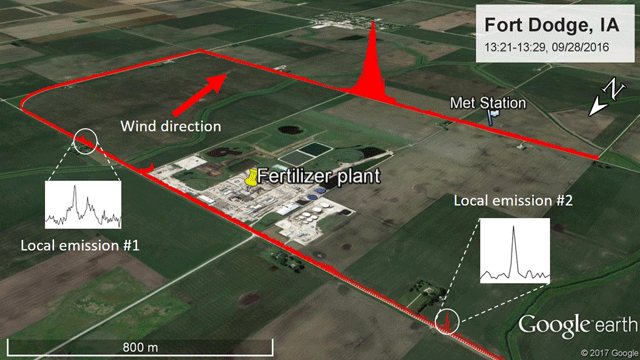 We talked recently about how, in contrast to the bad rap livestock sometimes catch for being greenhouse gas emitters, cattle on pasture can actually store more carbon in the soil than they release to the air.  Now, to polish the other side of that coin, new research suggests that the synthetic fertilizer industry may have much higher methane emissions than previously thought.

Nitrogen fertilizer plants use natural gas as both fuel and feedstock. Natural gas is mostly methane, and methane is a more potent greenhouse gas even than carbon dioxide. (It has over 80 times the heat-trapping potential of CO2 over a 20-year span, and then breaks down into CO2 anyway.)

The main source of data on fertilizer-industry methane emissions is information that fertilizer plants themselves report to the EPA.  Based on that self-reporting, the industry has long been estimated to release about 200 tons of methane each year.

Recently, though, a team of researchers from Cornell, Colorado State, and other institutions around the country decided to try measuring things a different way. Specifically, they fitted a methane sensor to a car and drove loops around roughly a quarter of the fertilizer plants in the country.

What they found is startling.

Based on the measured concentrations, the researchers estimate that the U.S. synthetic fertilizer industry is emitting around 2,900 tons of methane each year – over 100 times more than the EPA figure.

The report on the research was published in the journal Elementa.

It isn’t as though farmers needed more reasons to reduce their dependence on synthetic nitrogen fertilizer: polluted aquifers, dead zones in coastal waters, and algal blooms in waterways were plenty already.

However, these new findings do reinforce the view that livestock are only the less climate-friendly option when raised with non-sustainable methods.

Cover crops can provide most or all of the needed fertility for row-crop operations – and can even provide grazing for livestock. Well-managed pastures, as has been repeatedly shown, can actually pull more carbon out of the air than they emit. 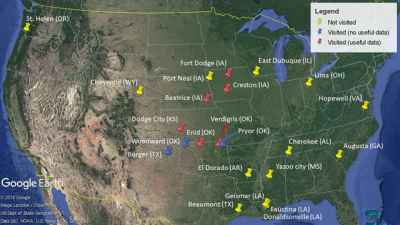 Match Made in Heaven: Livestock + Crops

A new infographic summarizes the many benefits – financial, ecological, social – of integrating crops and livestock on the same acreage.