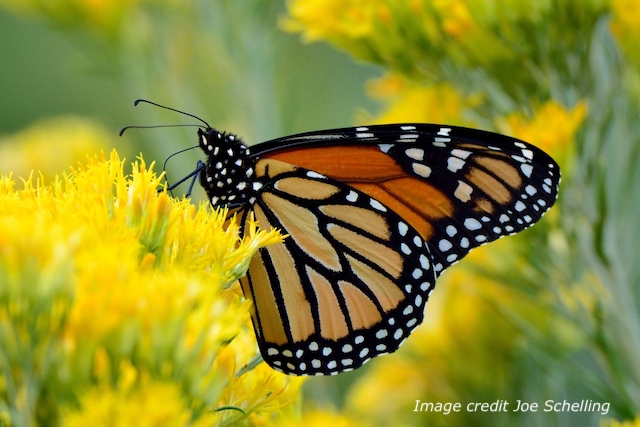 Last month the International Union for the Conservation of Nature (IUCN) added the monarch butterfly (Danaus plexippus), as “Endangered,” to its global Red List of Threatened Species. However, this still does not translate into legal protection for the species in the United States.

In the U.S., the federal Fish and Wildlife Service (FWS) determines which species are considered endangered. The agency most recently considered the monarch’s status in December 2020.

At that time, FWS determined that threatened or endangered status for monarchs under the Endangered Species Act was “warranted, but precluded by higher priority actions.” In other words, the monarch qualifies for endangered status, but there were enough other species in even worse shape that the agency decided to postpone designating the monarch as endangered.

FWS is continuing annual monitoring of monarch populations, and will consider the species for endangered status again in 2024.

While the IUCN and FWS may disagree for the moment over the monarchs’ endangered status, both organizations – as well as many other conservation groups – agree that there is much that can be done to improve the species’ odds of survival, regardless of its legal status. These include
– planting milkweed and other native flowering plants,
– reducing the use of harmful insecticides, especially neonicotinoids,
– participating in citizen science monitoring efforts, and
– protecting monarchs’ habitat, both along the migratory routes and in its overwintering grounds in Mexico.

The Tulsa World has a story on how the Oklahoma Department of Transportation has been trying out different roadside mowing schedules to find out which work best to keep milkweed plants available for monarch butterflies at the right times of the year. Read the story.