Pollination in the Dark 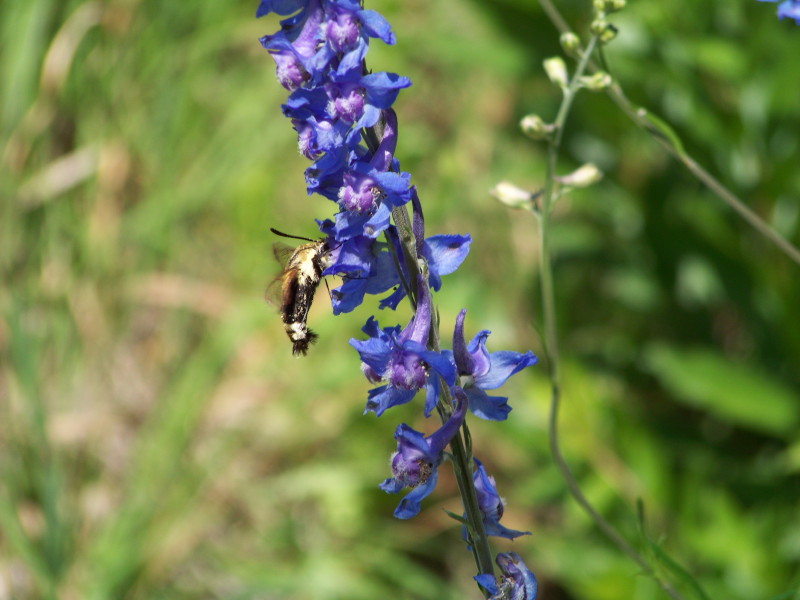 Step outside after dark this time of year, flip on the porch light, and there they are – moths. Though they’re known mostly for swarming bright lights and chewing holes in clothes, it turns out that moths play an important role in ecosystems – as pollinators.

When they aren’t batting themselves against the lights, it turns out, moths are out pollinating. Their nighttime activity complements that of more commonly recognized daytime pollinators, such as bees and butterflies. While they are not as efficient at pollinating particular plant species, moths may visit species that their daytime counterparts don’t, and may spread their visits more evenly among different species.

Such are the findings of an English study published this month in Biology Letters. From March to October in two successive years, the researchers trapped pollinators both day and night, collecting pollen from their bodies and noting which plant species it came from.

Moths and their daytime counterparts visited about the same number of species, but moths visited at least seven species that were rarely or never visited by daytime pollinators.

“While bumblebees and honeybees are known to be super pollinators they also preferentially target the most prolific nectar and pollen sources,” said lead author Dr. Richard Walton.

“Moths may appear to be less effective pollinators by comparison, but their high diversity and abundance may make them critical to pollination in ways that we still need to understand.”

While most studies of moth pollination have focused on pollen transferred by the proboscis, this study looked also at pollen carried from flower to flower on the moth’s thorax. This body part, usually covered in fuzz, is an ideal surface for collecting pollen, and rubs against the flowers the moth visits.

Unfortunately, one thing moths have in common with their daytime counterpart is the dramatic decline in numbers they’ve suffered in recent years. Based on the results of this study, it’s at least as important to conserve moths as it is the better-known, better-lit pollinators. For more information on how to do that, consider the following resources:

The U.S. Fish and Wildlife Service is considering adding the iconic American bumblebee to the endangered species list.