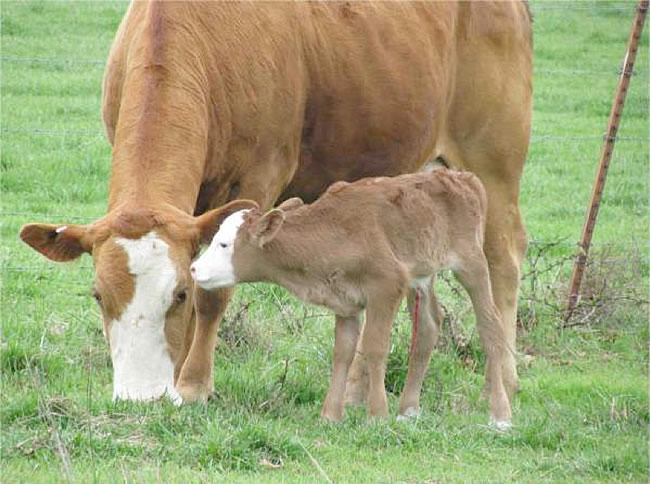 This is because it costs less to graze forage than to cut, bale, and feed hay.

In a 2013 study, the Kerr Center compared the costs of wheat pasture versus feeding hay:

Hay looks cheaper – but the hay would have required a protein supplement to match the nutritional quality of the fresh pasture. Factoring that in would make for more or less equal costs.

Still, a barn full of hay is good insurance against harsh winters and summer droughts.

When putting up hay, cattle producers should look carefully at the costs of baling versus buying. In many cases, labor, equipment, and fertility can cost more than buying hay.

Storage: in barns or covered on pallets 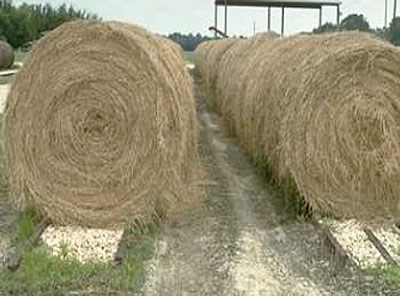 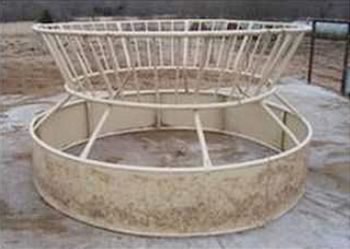 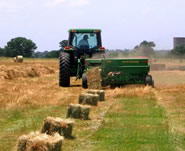 The True Cost of Hay

This intern report compares the cost of baling versus buying hay, taking into account labor, machinery, and fertilizer. 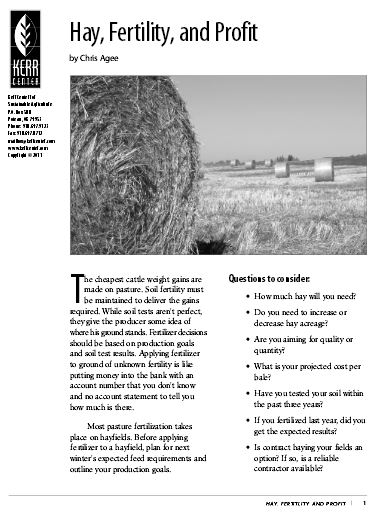 This is a report examining the economics of buying vs. baling hay. Hay, Fertility, and Profit
Read more 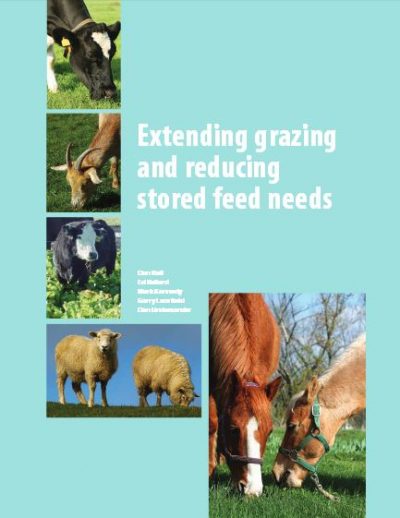 This is a publication from the Grazing Lands Conservation Initiative, used in the livestock track of the Oklahoma Beginning Farmer…
Read more

Many pastures on the Kerr Ranch are currently knee-deep in fescue, with seedheads nodding at waist height and thick stands of clover coming into white blossom beneath. The only thing missing from the picture is the cattle. Part of this owes to the conservative stocking rate, and the rotational grazing plan that stockpiles forage and…

This is a list of ATTRA publications related to sustainable and organic beef production.