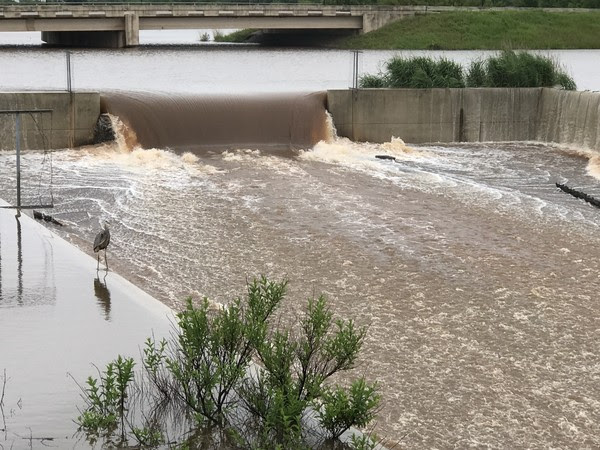 …they just get rehabilitated. Or at least, they should. And for many dams in Oklahoma, it’s getting to be high time.

So says the Oklahoma Conservation Commission, in a recent and timely news release. While many of us involved in ranching probably think of dams and farm ponds mainly as a source of water for livestock, they also play a vital role in flood control, and many were built for that explicit purpose.

Having witnessed the damage from recent storms, rain, and flooding, it might seem easy to downplay the impact of such flood-control dams.

“According to preliminary data from the Oklahoma Mesonet, the statewide average rainfall total was 10.48 inches, 5.66 inches above normal to rank as the third wettest May since records began in 1895,” said State Climatologist Gary McManus. “The total also earned fourth place on the list of wettest calendar months in Oklahoma.”

But, as the OCC points out, things would have been even worse without the dams.

“These benefits are essentially the damages that would have occurred from that storm had the dams not been built. The report detailed over $20 million in monetary benefits resulting from the watershed projects in Oklahoma from 6 a.m., May 1 to 6 a.m., May 28.”

Oklahoma boasts over two thousand flood control dams. By the end of this year, though, more than two-thirds of them will have passed the end of their 50-year design life.

With rehabilitation, the dams’ useful lives can be doubled. Often, all that is needed is something as straightforward as removal of accumulated silt. Still, bulldozers don’t run for free.

In April, the Oklahoma Capitol Improvement Authority sold another $5.116 million in bonds on behalf of the OCC for the rehabilitation of some flood control structures in the state.