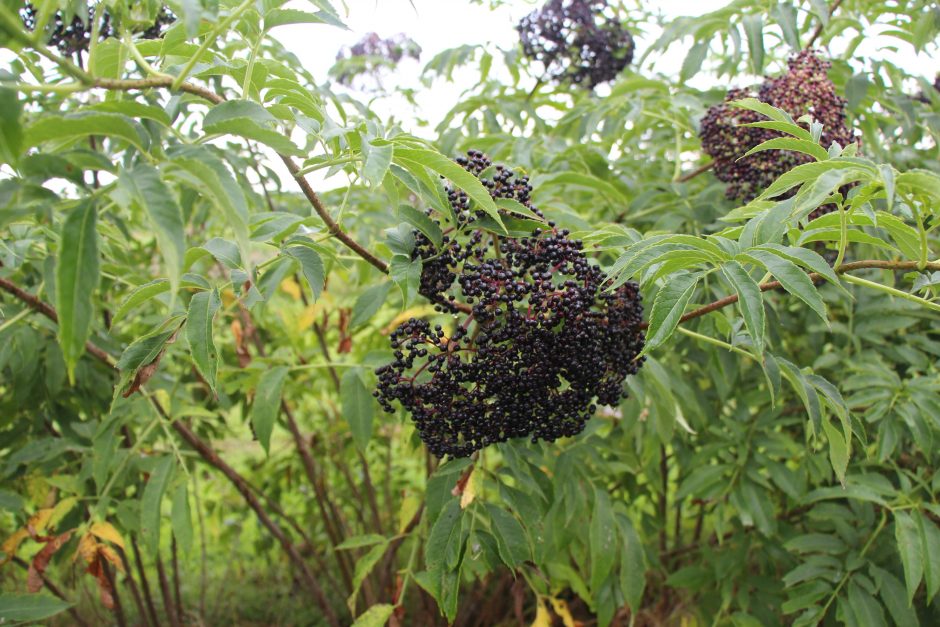 Meet elderberry, the new wonder plant. It grows wild through a wide swath of the U.S. Its flowers and berries can be turned into foods such as syrups, juices, jams and wines. It also has reputed health benefits ranging from burn treatment to flu prevention.

With so much going for it, elderberry has drawn attention from a handful of growers and researchers in Oklahoma, Missouri and Arkansas, who are working to turn it into a profitable new crop.

The Kerr Center established the first of its current elderberry plantings in 2015. We expanded on that planting in 2016.

In 2018, we received a three-year specialty crop block grant to evaluate the varieties in the plantings.

As that grant concluded, we began participating in another grant project, also for three years, in conjunction with the University of Missouri. It evaluates both weed control and yield in different varieties at six locations from Oklahoma north to Minnesota.

Elderberries at the Kerr Center

Data from our first three years of elderberry trials

This multi-institutional, multi-disciplinary project was funded in 2021 through a major grant by the United States Department of Agriculture – Specialty Crops Research Initiative program. The University of Missouri is the lead institution for this project, with the project including numerous other key university and nonprofit partners, including the Kerr Center.

Links to presentations, fact sheets, and other educational resources used at past Kerr Center elderberry workshops

Watch this Oklahoma Gardening segment, filmed on location at the Kerr Center.