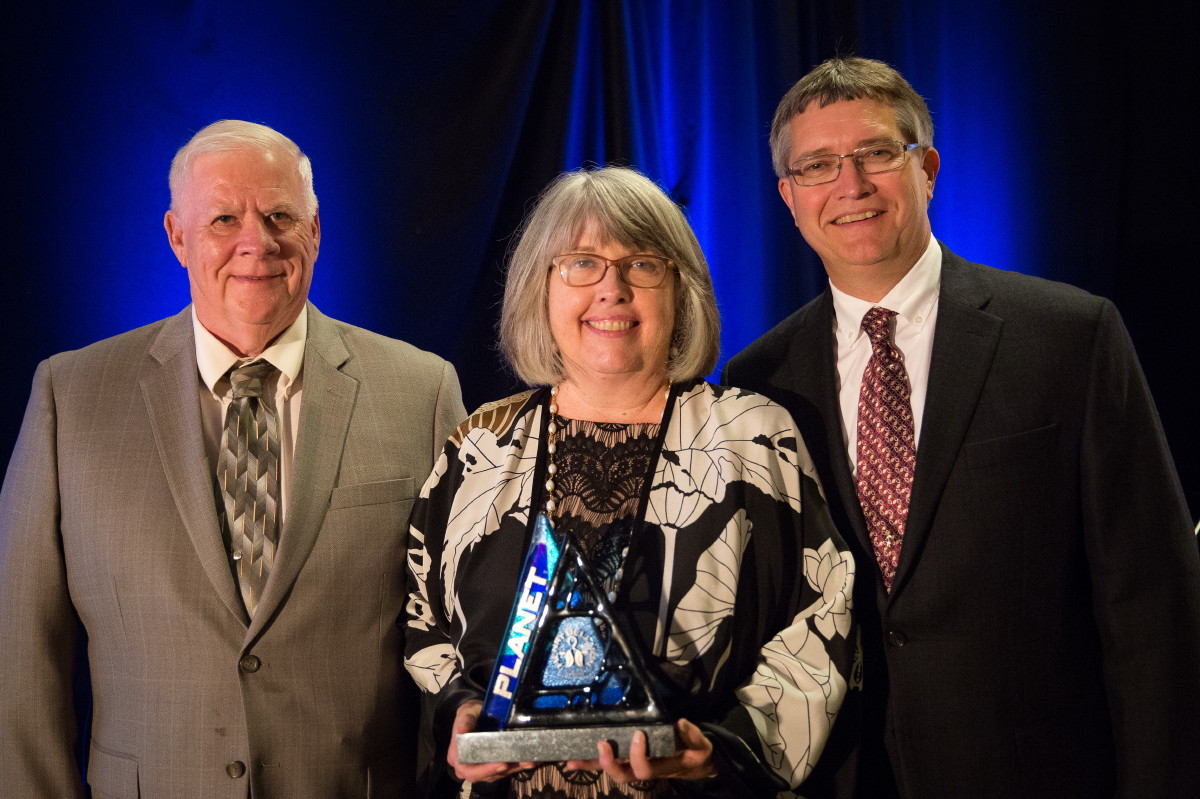 The Kerr Center’s “Oklahoma Pollinator Preservation and Education Program” was honored on Sept. 17 with the 2015 Henry Bellmon Award for Environmental Stewardship.

Redhage, who created and manages the pollinator program, accepted the award. 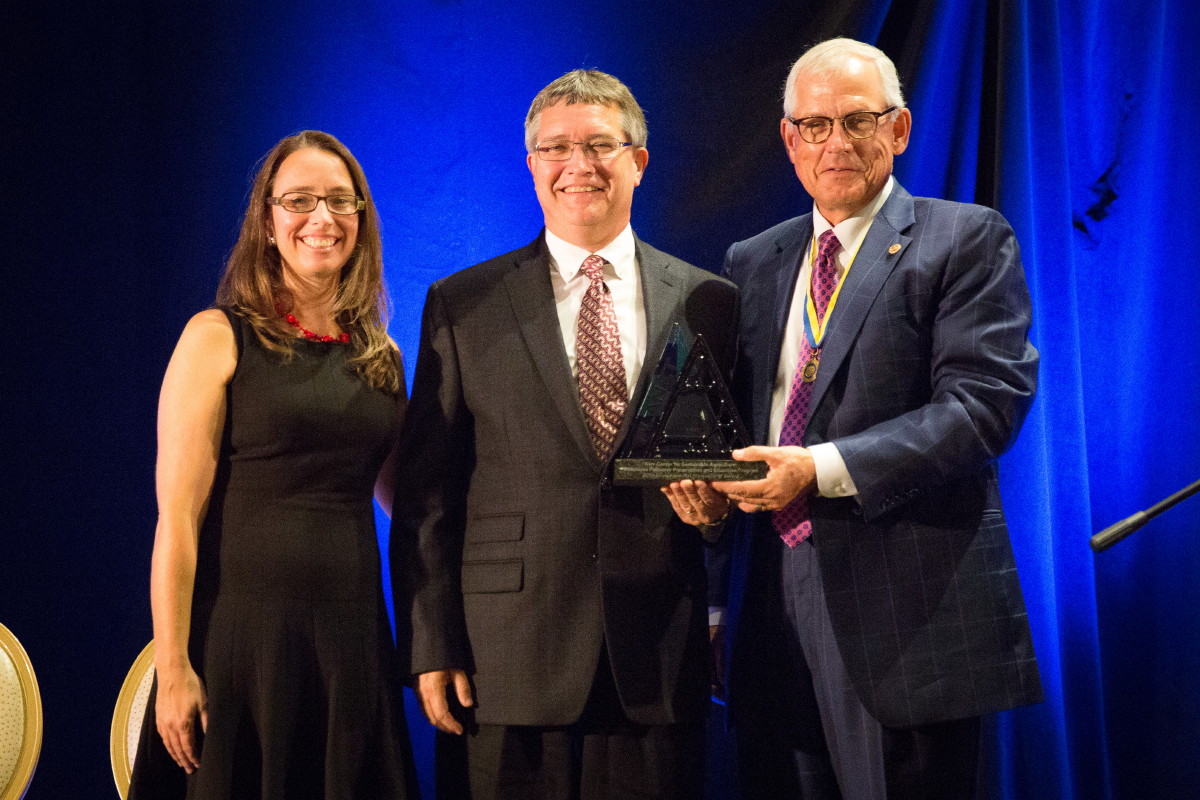 The program is preserving and enhancing habitat for pollinators on the Center’s 4000 acre ranch and farm. The program also provided educational outreach to farmers, ranchers and the general public through workshops, web pages, and publications including the groundbreaking guidebook “Native Plants for Native Pollinators in Oklahoma.”

Sustainable Tulsa and the Tulsa Southside Rotary Club established the awards in 2010 with the goal of recognizing individuals, agencies, organizations or companies that dedicate themselves to a “balanced approach toward quality of life, responsible economic growth and environmental stewardship.”

The evening program was hosted by Shae Rozzi, Fox 23 News anchor. She and co-anchor Clay Loney led the crowd in a rousing rendition of “Oklahoma!” Mayor Dewey Bartlett of Tulsa spoke about Senator Henry Bellmon and Bellmon’s daughter, Ann Denney, gave the invocation.

Kerr Center president Jim Horne was the winner of the inaugural Henry Bellmon Award in 2010 for his many years of innovative leadership at the Kerr Center. That year he also was honored with the Quality of Life Award for Kerr Center initiatives that have focused on improving quality of life for Oklahomans through projects such as Farm to School.

Henry Bellmon was a two-term U.S. Senator and two-term Oklahoma governor. He was most noted as “a man of integrity and a nonconformist who did his homework and then voted his conscience regardless of party politics or popular opinion.” He promoted soil conservation and was instrumental in adoption of the Clean Water Act. He was known for his ability to reach “across the aisle” and build consensus.

Bellmon “never forgot his roots” and continued to raise cattle and farm at his home near Billings until his death in 2009.

The Kerr Center had a table at the Monarchs on the Mountain celebration in Tulsa’s Turkey Mountain Urban Wilderness Area September 24th. If you missed the event, you can still find a wealth of information on monarchs, their habitat, and other native plants and beneficial insects on our pollinator pages.

Three of the Kerr Center’s pollinator resource guides have been updated with new information and links. They are: Native Plant Identification Guides, Native Plant Seed Catalog and Nursery Sources, and Native Pollinator Books.