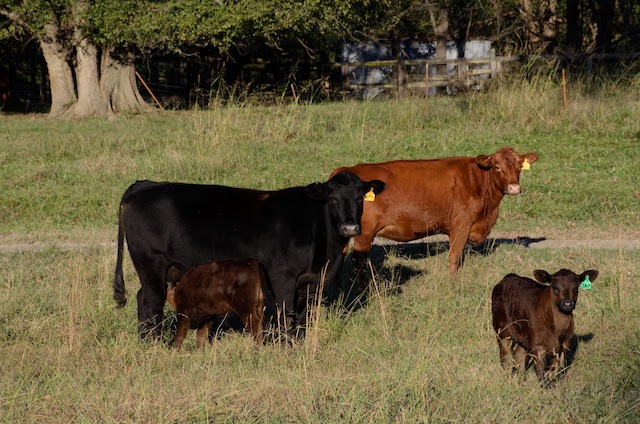 by Will Lathrop and David Redhage

One of the concerns with the use of chemicals (herbicides, pesticides, antibiotics) in modern agriculture is the risk of resistance buildup over time. Apples were once sprayed with lead arsenate sprays to control codling moth, which over time developed resistance to the insecticide. It was eventually taken off the market due to concerns about the toxicity of lead and arsenic.

Modern GMO crops are faced with some of the same issues. There are weeds which have become resistant to herbicides used in modern GMO cropping systems.  One of the most familiar is Palmer amaranth, which shows resistance to glyphosate herbicides.

Goat producers have seen resistance develop with the wormers used.  Goats are susceptible to the barber pole worm, which in high enough levels can kill a goat.

The Kerr Center ran a goat test program for several years which used a technique called FAMACHA testing to monitor goats for levels of internal parasites, in particular the barber pole worm. As a result, producers were able to identify genetic resistance to internal parasites and select for natural resistance through breeding.

Last year we found out the de-wormers we have been using for many years were ineffective in our livestock herd. The theory is the internal parasites had developed immunity to these products because they are a long-acting anthelmintic. We learned an old wormer used many years ago was still an effective de-wormer in our herds.

In the spring of this year, we were contacted by the maker of a short-acting anthelmintic wormer to participate in a county-wide parasite testing clinic. We learned this type of de-wormer was not long-acting, so parasite resistance is very low. For participating in the clinic, we were given several parasite testing kits to use on our own herds.

This fall, we collected fecal samples and sent them in to be analyzed. The results show we had no parasite load, which was probably due to the hot, dry summer. Heat and short grass kill parasites. For the first time ever, we did not de-worm the cattle this fall, and will test the cow herds next spring to look at the parasite load.

It is our hope that through grazing management allowing for pasture rest periods (rotational grazing) and limiting the use of long-acting anthelmintic products, we can control the parasite load and decrease parasite resistance. This will help us and other cattle producers lower input costs.

President’s Note: Western Monarchs – How Bad Can It Get?

The monarch butterfly is facing challenges in maintaining its population in North America.  Part of the issue is overwintering sites. There are two main migratory routes for North American monarchs. Monarch butterflies from the Rocky Mountains to the east coast migrate to a site north of Mexico City. Western monarchs migrate to several locations along…