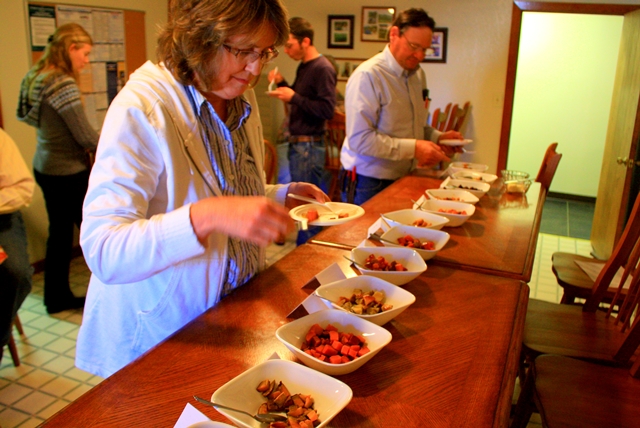 When it comes to the president’s note, I don’t follow a topic area other than agriculture. I tend to decide on a subject based on what has caught my eye recently, though it may repeat a topic covered earlier. So it is with this month’s note. I came across an article in John Deere’s November 2017 publication Furrow, entitled “Functional Foods,” by Martha Mintz.

The article covers how breeders and researchers are focusing on nutrition in crop development. The article gives a little twist to the discussion on selecting plants based on human nutrition needs. Plant pathologist David Sands from Montana State University suggests changing not what people eat, but rather the nutritional makeup of the foods they already like.

In a way, this makes sense. I know I have tried to change my diet, but find it difficult to adjust since I like certain foods. The example given in the article is potatoes and diabetes. The idea is to identify potato varieties that rank low enough on the glycemic index to be safe for pre-diabetics to eat. The article points out that though over 500 different varieties of potatoes share a single nutrition label, they can exhibit marked nutritional differences.

As I have pointed out before, farmers are paid for volume and weight of crops sold, not nutritional quality. The article explains that in order for the incentive to exist for growers to adopt new higher nutritional profile crops, and keep them separate from other crops, we need to develop the markets for such crops.

I love the concept, but understand the challenges. Our marketing system, top to bottom, is based on volume. Think of large grain elevators. How would you keep five different wheat varieties separate from planting to sale based on nutritional value? It would require changing how we handle and store bulk commodities.

This would be easier for fruits and vegetables, since the market has been moving toward more varietal choice. However, it would still require testing each variety for nutritional profiles, which is time consuming and not cheap. The individuals in the article working on this concept are trying to identify ways to more cheaply analyze crops for the desired nutritional traits.

With consumers demanding more nutritional information about their food, we are making progress in understanding how to identify the differences between crop varieties. Turning this into an economic incentive, and changing how we differentiate such crops in the market channel, presents another set of challenges.

Despite the challenges, I see a future for such work. Consumer demand is driving the change; now the production and marketing side needs to determine how to do it sustainably.