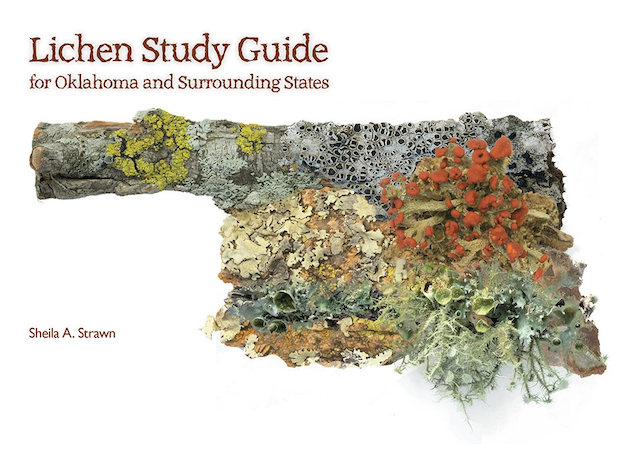 In the eastern part of Oklahoma, where the Kerr Center is located, there is an industry based on landscape rock.  Many rock yards are looking for “moss rock.”

While I am not a fan of the wholesale removal of such rocks from the landscape, I do smile when I see the signs, realizing that in many cases the rocks are probably covered with lichen, moss, or a combination of the two.

Moss is a multicellular organism, while lichens are the result of a symbiotic relationship between two different organisms, a fungus and an alga.  The patterns formed on the rocks are interesting.

Until recently, lichens where thought to consist of two different organisms.  New research has shown two or possibly three fungi in some lichens, which makes lichens a more complex symbiotic relationship than previously realized.

I have always thought lichens would be an interesting subject for micro (or macro, depending on how you define it) photography.  If you are interested in studying lichens in Oklahoma there is a Lichen Study Guide for Oklahoma and Surrounding States, by Sheila A. Strawn, published by the Botanical Research Institute of Texas.