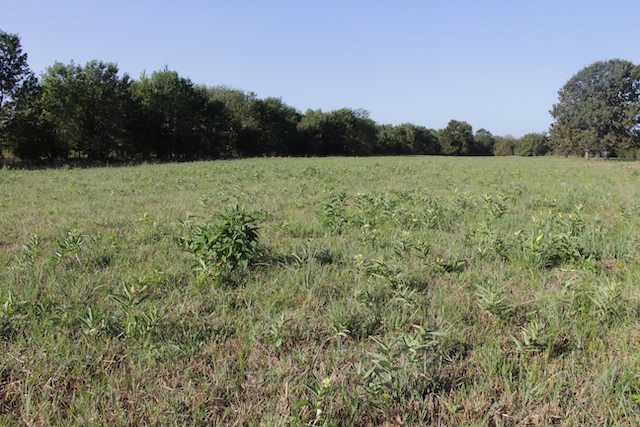 The Kerr Center has been working with a group called Okies for Monarchs to help spread awareness and educate the public on the plight of the monarch butterfly. If you haven’t followed the news, the overwintering populations have dropped dramatically, potentially endangering the monarch.

One question science has yet to answer is how important is late summer/fall egg laying to the overall population of monarchs. It was thought monarchs stopped laying eggs as they migrate south to Mexico each year, but we know in some areas they lay eggs, and the caterpillars develop into adults, which continue to migrate.

The question has also been raised about how to manage habitat or pastures with milkweed to make them attractive to egg-laying adults in the late summer.

One Kerr Center pasture, called Nurse Cow, has a significant population of milkweeds. Two years ago we fertilized it with chicken litter. Since the dominant grasses are fescue and bermudagrass, I thought the grasses would suppress the milkweeds.

However, we cut hay off of it in late June of 2020, and the milkweed grew back, flowered, and went to seed. This year we cut hay on the field on July 12. The field now has a much larger amount of milkweed.

It is important to note this pasture is treated the same as others on the ranch. Cattle move through on a rotational grazing pattern all year long. I have included some photos taken on August 20, 2021.

I found an adult monarch nectaring on longleaf milkweed (Asclepias longifolia). I didn’t realize the species was present on the ranch. 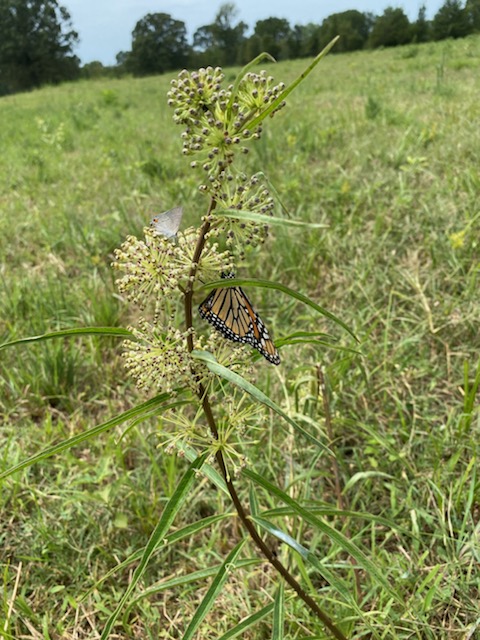 I also found two larva on green antelope horn (Asclepias viridis). On one plant you can see a monarch larva and a milkweed bug. It seems the timing of the mowing helps the milkweed regenerate fresh growth for the fall migration. 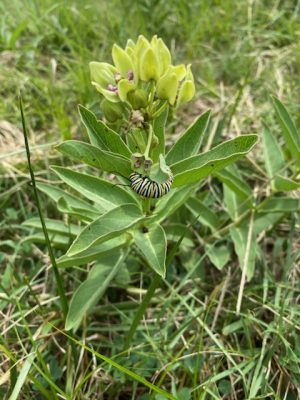 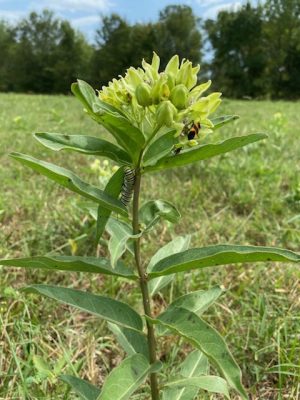 In this month’s president’s note, David Redhage takes a look at the history of dragonflies in Oklahoma and on the Kerr Ranch.

Give native plants a leg up in your lawn by adding beds for them. David Redhage offers tips for getting started.

Manage Weeds on Your Farm: A Guide to Ecological Strategies, is a new SARE publication, available free as a pdf.

Be thankful at Thanksgiving for the farmers and ranchers who grow the food we eat, despite the fact that it’ been an unusual year… again!