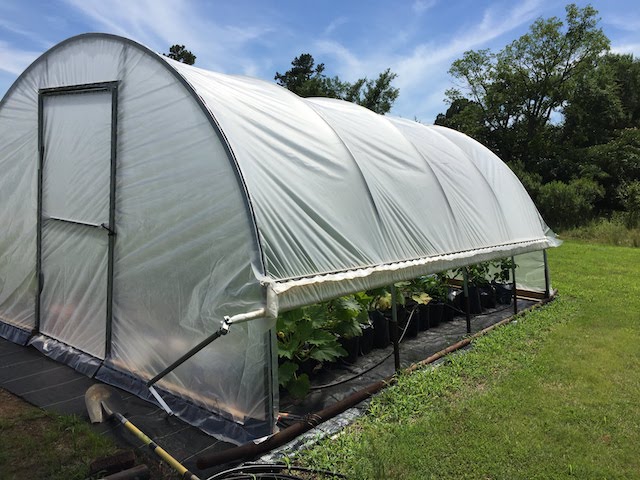 We have a new year ahead of us. I was able to attend the Oklahoma/Arkansas Horticulture Industries Show in Fayetteville, Arkansas in early January. It was cancelled last year and was in person this year.

While I attended several good workshops, one topic a speaker brought up really caught my attention. We all are aware of how volatile the climate is. The speaker mentioned that while the temperatures are warming up sooner in the spring and cooling off more slowly in the fall, the last freeze dates have not changed. This means in the spring you can plant a garden earlier but still face what would now be considered a late freeze with more mature plants than in the past.

I experienced this last winter in our cold frame. The tomatoes, peppers and squash were growing well in our tubs but a severe late freeze threated to kill them. A small space heater for two nights kept the plants from freezing. I was not trying to turn the cold frame into a greenhouse. I simply added enough heat to keep the temperature above freezing.

Cold tolerant crops such as lettuce and kale may require more monitoring in the early spring to avoid overheating in a cold frame. If you use a cold frame to push early season tomatoes and cucumbers, the danger of a late (but normal) spring freeze may require adding supplemental heat to protect your crops.

While growers have always watched the weather and climate, the consistent (and in my opinion extreme) volatility is new, and will challenge growers to adopt new technologies and be more flexible in crop variety selection, irrigation, planting dates and season extension to successfully grow crops each year.

This book is an interesting study on the history of collards, a food plant tied to the southern United States.