President’s Note: The Silence of the Bugs 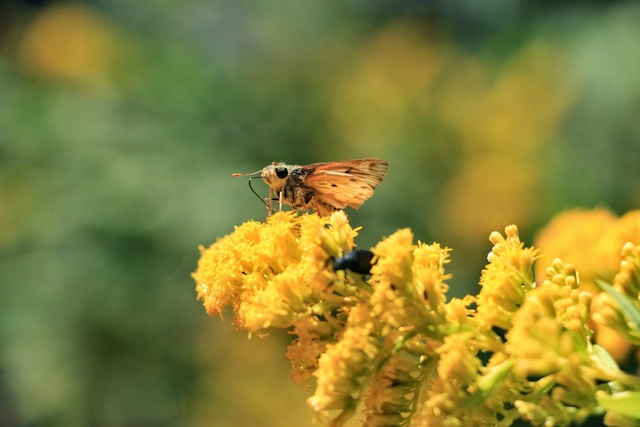 During my daily checking of the online news, I came across an opinion piece in the New York Times entitled “The Silence of the Bugs.”  I have included links to the article, and to the other articles cited by the author. (By the way, the New York Times only allows you to look up articles for free a few times before you need to subscribe, so I used up one of my free reads.)

The article was written by Dr. Curt Stager, a professor of natural sciences at Paul Smith’s College in New York. The article cites several studies pointing to a dramatic decline in flying insect biomass. I know “insect biomass” sounds kind of weird, but it does point out how we can determine changes in ecosystems.

The main study cited, from Germany, indicated a 75% decline in flying insect biomass over 27 years. The study was conducted by the volunteer-run Entomological Society Krefeld with the help of amateur naturalists.

The purpose of Dr. Stager’s opinion piece was not only to highlight the issue of declining insect levels, but also to point out the importance of amateur naturalists and citizen scientists, with the help of career scientists, in tracking such ecosystem-wide changes. He stated, “Most scientists today live in cities and have little direct experience with wild plants and animals, and most biology textbooks now focus more on molecules, cells and internal anatomy than on the diversity and habits of species.”

The article also cites several other papers and studies which point to a worldwide decline in flying insect biomass. One points to a decline in hawk moths in the northeastern United States. Another looks at a study conducted in Britain documenting a decline in windshield impacts from insects. One study in Canada extrapolated the number of flying insects killed by traffic alone.

Many of you are already aware of the plight of the monarch butterfly and its dramatic population drop. Some individuals have pointed out the lack of fireflies seen at night compared with what they saw as a child. I have noticed this myself.

What is happening? The German study attempted to take into account numerous factors, including weather, land use, and habitat data. None seemed to account for the overall drop. Agricultural intensification was mentioned as a possible cause, but the study was unable to verify such a conclusion.

The problem with studying an ecosystem as separate components is sort of like the proverbial “can’t see the forest for the trees,” or to paraphrase, it’s like studying why one tree is dying but not realizing the whole forest is dying around you.

I think the most important take-away is the need for more rigorous studies worldwide to identify what is happening and why. Are we truly seeing a drop in insect numbers, and if so, what is the cause? How is this impacting ecosystem health, and how do we correct it?

The biggest obstacle I see is the inability of modern science to truly exhibit impartiality. Everyone has an agenda. True science seeks an answer or understanding of what is happening irrespective of who it might affect. Once you know what is causing the problem or issue, then you can truly develop ways to correct it. It doesn’t matter whose side you are on, but unfortunately, companies, politicians, environmentalists, and individuals (including some scientists) have agendas which interfere with truly impartial scientific studies.

If you have the chance, look at the article and the links to other studies. I found it interesting and concerning. I hope it helps open your eyes to how important ecosystem-wide studies are and how individual volunteers can make a difference in understanding the changes occurring in the world around us.