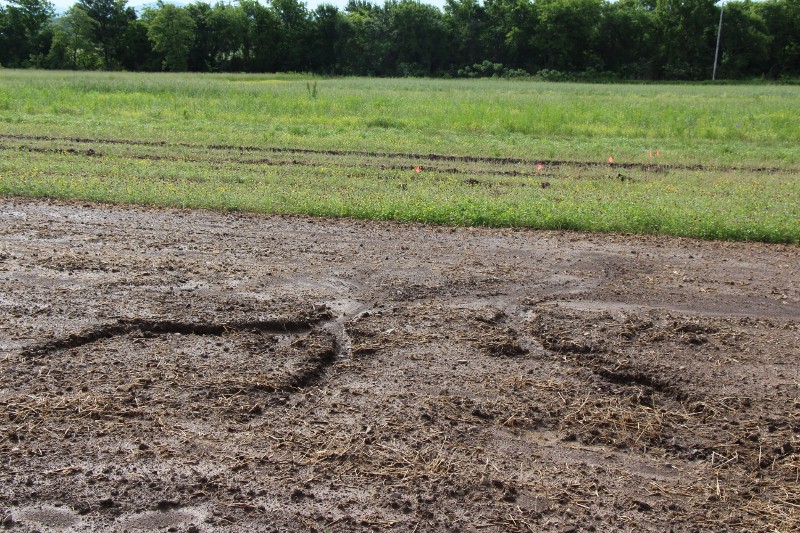 Soil erosion is a natural process. Under agricultural production systems soil erosion in many cases exceeds the natural rate. Many of you are aware of the issues surrounding soil erosion. Long-term loss of productivity, inability to produce food for future generations, and silting of streams and waterways are just a few.

What may be surprising to many is that we have not, despite years of research and changes to crop and livestock production practices, solved the problem of soil erosion. A 2007 book by David Montgomery, called Dirt-The Erosion of Civilizations, describes how past civilizations fell due to how they managed their soils. It is not the only book to tie resource management with the long term health of a civilization, but it does point out that we are still mismanaging our soil resource and are not immune to the failures of the past.

Dr. Rick Cruse, a professor of agronomy at Iowa State University, has been part of an ongoing research project looking at soil erosion across the state of Iowa and its impact on yields. A brief description of his work can be found at http://www.leopold.iastate.edu/news/leopold-letter/2015/fall/soil-erosion. To sum up the current results, Iowa is losing soil faster than it can be produced. The best estimates say we can create ½ ton of soil per acre per year, but current federal programs try to limit loss rates to a “Tolerable Level T” or 5 tons/acre/year.

Cruse points out that we can add back organic matter using different practices and nutrients through fertilizers, but we can’t replace the original weathered minerals in the soil. Even the best conservation practices, using no-till corn-soybean rotations with terraces and grassed waterways, haven’t been able to push erosion rates down to the replacement level. Many think soil erosion has been solved because we rarely see deep gullies, but what many don’t see is the rill and sheet erosion that occurs during heavy rainfall events.

Cover cropping, the practice of growing a non-income producing crop during the period between cash crops, in gaining interest in conventional crop production systems and has long been a practice under organic production. The soil stays covered during non-production periods with a canopy crop reducing the erosion impact of rainfall events. Managed correctly, cover crops can increase soil organic matter, which can reduce runoff by increasing the soil water holding capacity. In other words, it acts more like a sponge.

So, organic production, with its emphasis on cover crops, is the answer, right? Well, not exactly. The primary weed control practice on organic farms is tillage, leaving the soil exposed to potential erosion during the growing season. So is no-till the answer? No-till systems can improve soil water holding capacity and improve soil health, but conventional systems rely heavily on chemicals to control weeds. Some feel this is trading one problem for another. Even no-till systems can experience erosion with the heavy rainfall events we have been seeing over the last several years.

Can we combine no-till and organic systems? Yes and no. In some areas of the country this can work if you can find an effective way to kill the cover crop. One practice is to plant a cover crop that will winter kill in your region. Here at the Kerr Center it has been difficult to find a cover crop that winter kills reliably in mild winters. Even if we identify a cover crop for our area, it can only be left untilled for one season before Bermudagrass becomes a problem. Some growers use a mulch bed system where mulch is hauled in and constantly replenished on a permanent bed. This can work in the absence of plants such as bermudagrass.

There are several takeaways from this article:

1) Soil erosion is a natural process which increases under agricultural production.

2) Civilizations have weakened and some have failed due to poor soil management.

3) We are still losing soil to erosion faster than it can be produced.

4) While we don’t have the answer, it should be obvious that there is no one practice or set of practices that will work everywhere. Soil erosion must be dealt with using the most effective locally based systems. Some areas of the world can only keep soil erosion down by maintaining permanent cover, such as pasture/rangeland or forestland. Areas that can be cropped should incorporate the best techniques currently available to reduce soil erosion.

5) We need to continue to research soil erosion prevention methods and come up with better ways reduce it or face the same fate as past civilizations.