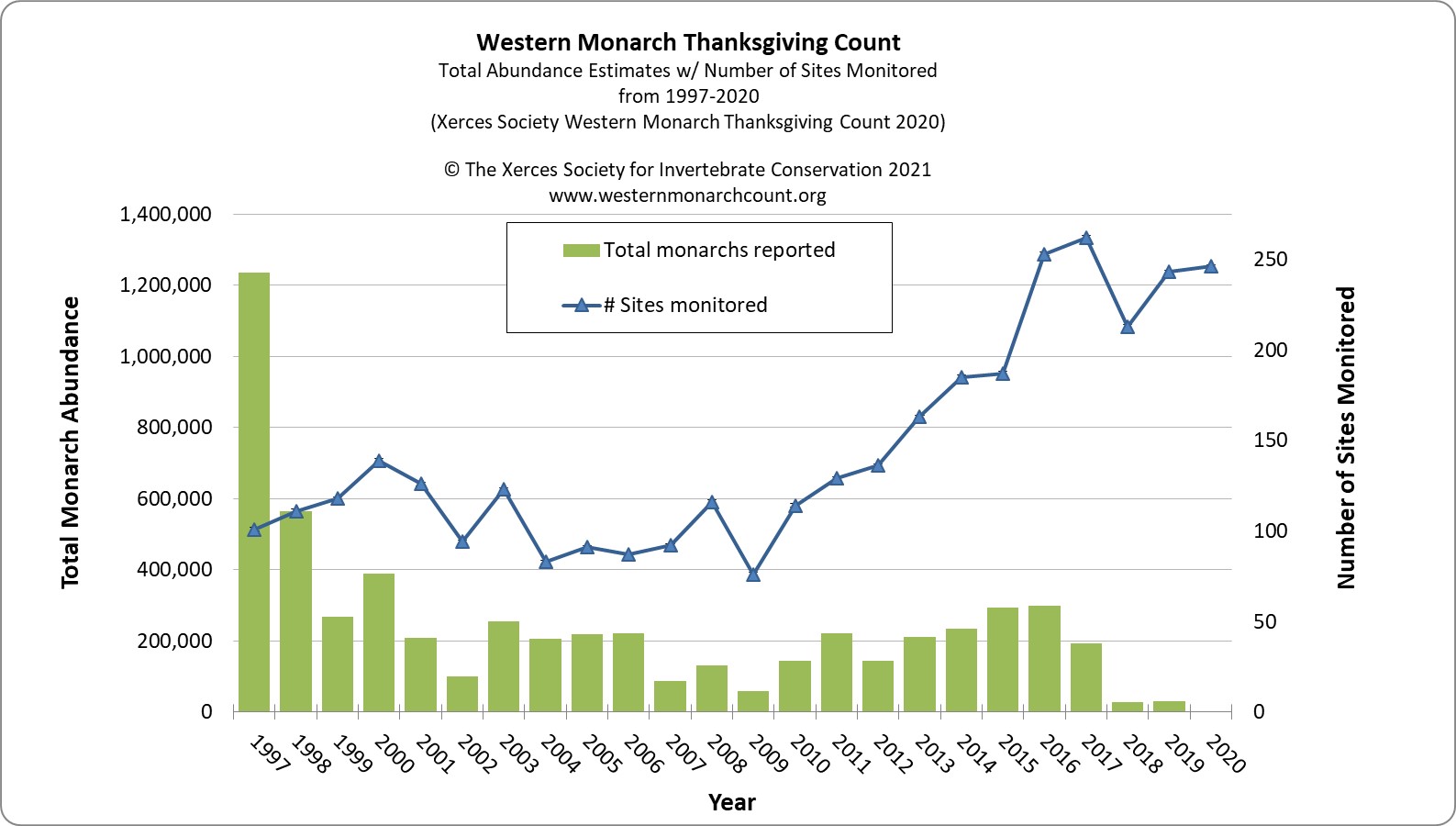 The Xerces Society has released the latest count numbers for the western monarch. The past two years, the count has been around 30,000, which is critically low. This year, the count resulted in a total of 1,914 overwintering monarchs in the western flyway!
Monarchs have two different flyway populations in the United States – the central and western flyway populations. Here in Oklahoma, we are focused on the central population, which has fluctuated over several years. The total monarch population has been considered for listing as an endangered species, but was recently declined for listing. For more information, visit the Okies for Monarchs website.
The monarch butterfly is an iconic species. Most of us can remember learning about butterfly development in grade school, and the example species was often the monarch. I hope we don’t lose this species.
Here at the Kerr Ranch, we try to maintain our landscape for monarchs and have milkweed in our pastures. Everyone can include some monarch habitat to their landscape. Every little bit helps.

Many people don’t realize the important role wasps play as pollinators. This guide for eastern North America helps to fill that gap.

Get trained to monitor monarchs right in your own back yard (or back forty).