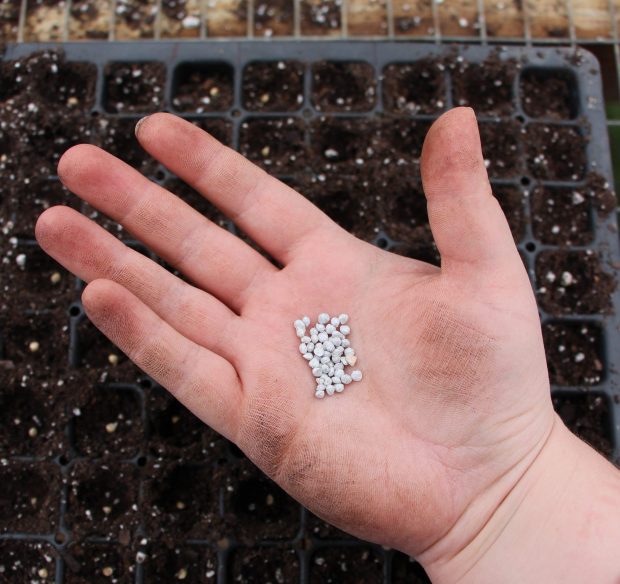 The horticulture program has been starting seeds in the greenhouse: lettuce, spinach, and kale, with pak choi and swiss chard still to come. These are all for a low-cost demonstration hydroponic system currently under construction for the coming season.

The portable cold frame is out on the hort plots awaiting its coat of plastic. One project on tap for this season will investigate how cherry tomatoes in mineral buckets in the cold frame perform compared to the same varieties in raised beds outside. 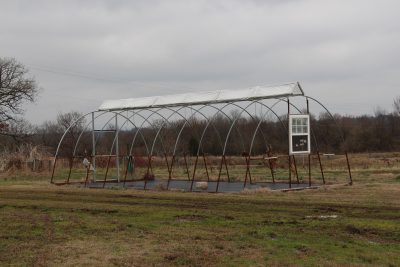 At the moment, one speed bump for this project is the recent excessive rainfall; the raised beds can’t be built until the ground dries up enough. 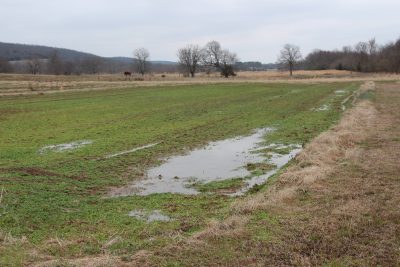 The Kerr Center’s online horticulture library offers ample resources on both seed starting and season extension. We’re new entrants to hydroponics, but we will be sharing our procedures, results, and lessons learned as we go. In the meantime, this video offers a glimpse of a system similar to the one we’re putting together:

Twenty-one people turned out to hear the latest word in feral hog management at the Kerr Center’s August 27 evening workshop. Here’s a quick overview of what they learned.

The Choctaw Nation hosted one of the Kerr Center’s popular hoop house workshops at its Community Center in Poteau on October 7. The workshop treated participants to a hands-on experience assembling an affordable, 1,700 square-foot…