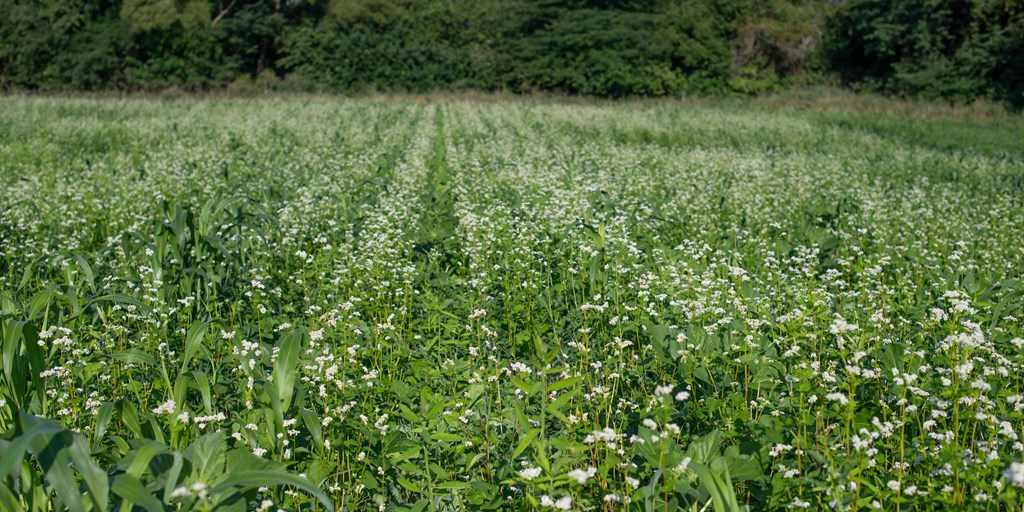 A new Soil Health Partnership report shows that farmers are using diverse strategies to plant cover crops and a variety of plant species to accomplish their soil health goals.

SHP is the flagship sustainability program of the National Corn Growers Association. They conducted a detailed survey on cover crops with more than 80 farmers across 11 states in the SHP network about cover crop usage on their trial sites in the fall of 2019.

“We know farmers in our network are innovators, and that there is a huge range of cover crop management practices across our network depending on the farmer’s management goals, where they are located, their soils, and cropping systems,” said Dr. Maria Bowman, Lead Scientist for the Soil Health Partnership.

Bowman says the most significant finding was that although more than half of farmers planted their cover crops between the middle of September and the beginning of November, almost 40% planted before or after these dates. In addition, 25% of farmers responding to the survey interseeded or overseeded the cover crop into a standing cash crop.

“This means that farmers are using a wide range of strategies to get cover crops out on their fields, especially in higher latitudes where there are timing and labor constraints to getting a cover crop in after harvest,” said Bowman.

The intent is to provide SHP farmers as well as those outside the network context on cover crop usage, practices and cost. The dataset will help answer important questions about what type of management practices lead to successful outcomes. The most widely planted cover crop species was cereal rye. Of the farmers who planted a single species, 80% planted cereal rye, and it was also present in 50% of cover crop mixes.

“Cereal rye is popular because it produces a large amount of biomass, which can keep soil in place, scavenge residual nitrogen, or provide weed-suppressing residue depending on the cover crop goals,” said Jim Isermann, SHP Field Manager in Illinois and Wisconsin. “It also is winter hardy, allowing for a wide planting window, relatively easy to chemically terminate, and seed is rather cheap.”

When it comes to cost, the median cost of cover crop seed was $15 per acre and to apply it was $12 per acre. Those costs vary according to the mix and seeding method used.

Additional data are being collected this year to see how the cover crops developed and the impact on agronomic outcomes for the 2020 cash crop.

The entire SHP Cover Crop Planting Report can be downloaded at https://bit.ly/CoverCropReport.

The Kerr Center is seeking applicants for the full-time position of Education/Horticulture Program Manager, based in Poteau, Oklahoma.