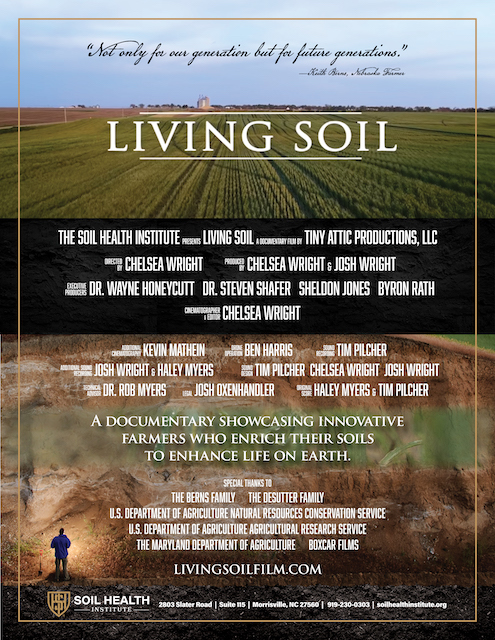 With summer officially started, many of us are looking forward to watching the latest exploits of super heroes and space warriors in the next round of Hollywood blockbuster movies.

Why not reserve an hour of your summer movie-watching time for a film about struggles much closer to home – in fact, right under your feet? You don’t even have to pay for the ticket.

Our soils support 95 percent of all food production, and by 2060, our soils will be asked to give us as much food as we have consumed in the last 500 years. They filter our water. They are one of our most cost-effective reservoirs for sequestering carbon. They are our foundation for biodiversity. And they are vibrantly alive, teeming with 10,000 pounds of biological life in every acre.

Yet in the last 150 years, we’ve lost half of the basic building block that makes soil productive. The societal and environmental costs of soil loss and degradation in the United States alone are now estimated to be as high as $85 billion every single year.

Like any relationship, our living soil needs our tenderness. It’s time we changed everything we thought we knew about soil. Let’s make this the century of living soil.

“Living Soil” was directed by Chelsea Myers of Tiny Attic Productions and produced by the Soil Health Institute, with funding from The Samuel Roberts Noble Foundation.

So pop a batch of heirloom popcorn, get comfy on the couch, and spend an hour losing yourself in “Living Soil.”