Study: Oklahoma Native Grasslands Give off Some Greenhouse Gases, But Mitigate Methane 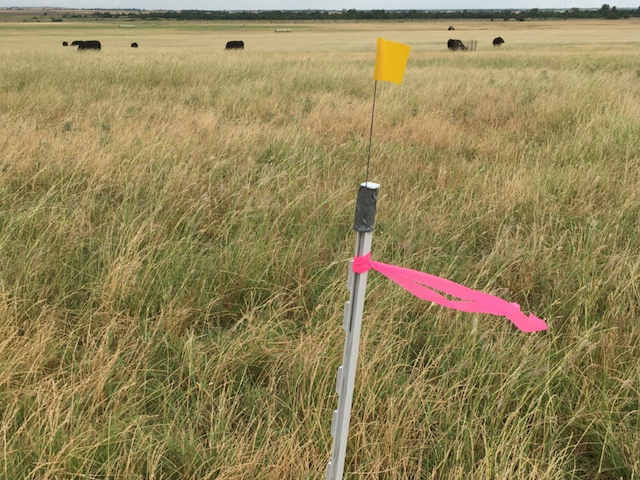 It’s widely recognized that turning prairie into plowland transfers carbon from the soil to the atmosphere – but what happens in undisturbed grasslands?
A recently published study assessed native grassland sites across Oklahoma in an attempt to answer that question. The results were mixed.
The study looked at big bluestem pastures near Admore, El Reno, and Marena; the El Reno site also included a pasture of introduced Old World bluestem.
At each of those study sites, researchers measured emissions of three different greenhouse gases – carbon dioxide, nitrous oxide, and methane – in different seasons of the year.
Both native and introduced pastures emitted carbon dioxide throughout the year, peaking in summer. The emissions were lower from the Old World bluestem pasture, which had more ground cover, and higher when more water was available – suggesting that soil microbial activity was the main source of CO2.
Likewise, all the sites also emitted nitrous oxide, though for that gas, the introduced grass pasture was the largest source. That’s probably not surprising, since that was also the only pasture that received synthetic nitrogen fertilizer.
The most surprising finding was that all the sites also absorbed, rather than emitted, methane. That’s a particularly positive result, since methane from cattle rumens is one of the largest components of the livestock sector’s greenhouse gas emissions. The native grass pastures absorbed more of this potent greenhouse gas than the introduced pasture.
The study was published in the fall 2021 issue of Agrosystems, Geosciences, & Environment.

Match Made in Heaven: Livestock + Crops

A new infographic summarizes the many benefits – financial, ecological, social – of integrating crops and livestock on the same acreage.

A new guide to setting up a small-scale meat processing facility, So You Want to Start a Meat Plant?, is available free online.

The National Center for Appropriate Technology has released a series of 19 videos from its inaugural Soil Health Innovations Conference.