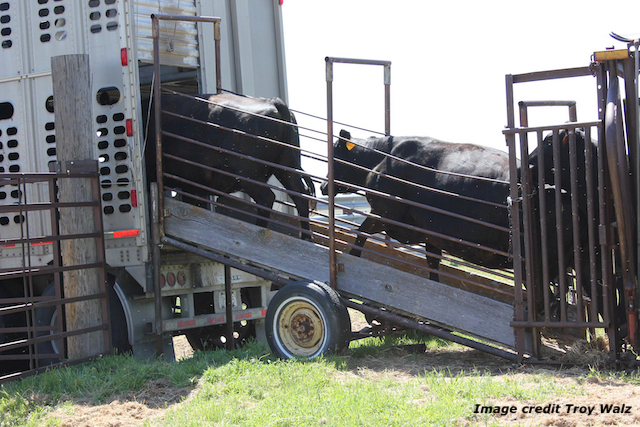 Remember the term “locavore”? First coined back in 2005, it made the Oxford Word of the Year list just two years later. It captured the idea that many negative impacts of the food system can be reduced or even eliminated just by eating food grown closer by, instead of across the continent or around the world.

After the wave of local-food enthusiasm in the early 2000s, the food system has become much more localized, and we’re all essentially locavores now – right? Well, not so fast. According to a study published over the summer, transportation still accounts for a whopping one-fifth of the food system’s greenhouse gas emissions.

That’s quite a bit higher – as in, seven times higher – than previous estimates. It’s also head and shoulders above estimates for other sectors, like industry and utilities.

Most of these emissions – around 36% – come from shipments of fruits and vegetables. So, while growing fresh produce generates smaller quantities of greenhouse gases than raising livestock, the situation is reversed when it comes to transporting them.

“Since vegetables and fruit require temperature-controlled transportation, their food miles emissions are higher,” said Dr. Mengyu Li, the lead author on the study.

Higher-income countries account for the bulk of food transport emissions. For example, the 12% of the global population living in the wealthiest countries is responsible for nearly half the total global food system emissions.

The study’s authors indicated several policy directions that governments and investors could pursue to reduce the food system’s greenhouse gas emissions.  However, they also acknowledged that consumer preferences are the largest factor. (Think of Chilean cherries and Californian lettuce in Oklahoma supermarkets in January.)

The study, which included data from 74 countries and 37 economic sectors, was published in the June 2022 issue of the journal Nature Food.

Insects Declining – But Damaging More Plants than Ever

Insects have been declining rapidly – but insect pests are still damaging more crops than ever, says newly published research.