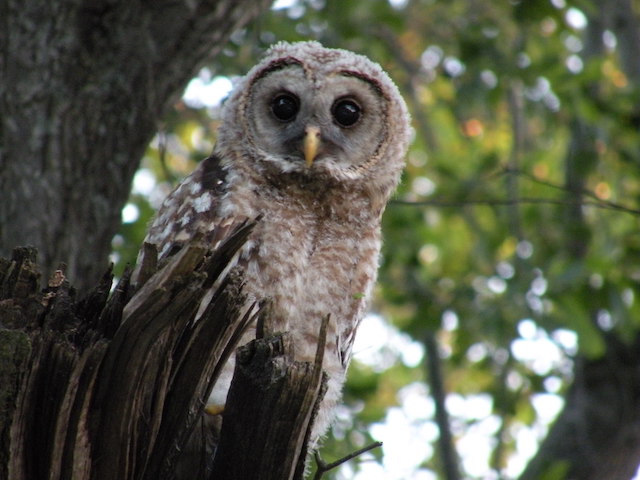 Think Halloween and birds, and you might be reminded of the Hitchcock movie “The Birds,” in which all the world’s birds flock together to attack humankind.

Even more frightening, though, is the opposite, going on in the real world right now. U.S. bird populations have dropped by a quarter in the past 50 years – and the decline continues.

That’s the word from the 2022 U.S. State of the Birds report. Across nearly all habitats – from forests and grasslands to oceans and deserts – bird populations have declined rapidly since 1970. Overall, the bird population has declined by 25% since 1970 – a loss of 3 billion birds. In the Great Plains, the drop is even sharper, at 33%.

The report identified 70 “tipping point” species that lost half their numbers over that time span, and are likely to lose another half or more off their current numbers in the next half-century. Many widely-known Oklahoma birds make the list, including the American Golden-Plover, Harris’ Sparrow, Bobolink, and Chimney Swift.

The silver lining in all of this is that birds in one habitat – wetlands – are bucking the trend. That fact also points the way toward recovery strategies for bird species in other habitats, as waterfowl have benefited from decades of coordinated conservation efforts by a wide range of stakeholders.

Dr. Karen Waldrop, chief conservation officer for Ducks Unlimited, sums these up: “While a majority of bird species are declining, many waterbird populations remain healthy, thanks to decades of collaborative investments from hunters, landowners, state and federal agencies, and corporations.”

Martha Williams, U.S Fish & Wildlife Service Director, points the way forward based on that observation. “The North American Waterfowl Management Plan, Federal Duck Stamp Program, grants from the North American Wetlands Conservation Act, and regional Joint Ventures partnerships are all part of a framework that has a proven track record with restoring and protecting wetland-dependent species.”

“Now we want to use that precedent to work with our partners to restore bird populations, conserve habitat, and build a foundation for how we respond to the loss of other bird groups.”